The Best Paintball Gun for a teenager is the Tippmann Cronus.

Why the Tippmann Cronus is the Best Paintball Gun For Teens

The company that makes the Cronus is the Tippmann Company, it is one of the biggest and oldest Paintball Gun manufacturers.

Why Brand Matters; Paintball guns are not plastic toys, they belong in the category of hunting, biking, racing and archery all of which need the right gear and equipment, if not accidents can happen. So you need to be careful when selecting a paintball gun for teens, I try to stick with reputable brands such as Tippmann, Azodin, and Spyder these are all well-known brands that will adhere to industry standards.

The Tippmann Company currently sell more Paintball Guns than any other Paintball Company so your teens would have lots of company with a Tippmann.

Also because they are so widespread you can find tons of info online and at your local paintball fields about The Cronus.

All Tippmann products are made in the USA and because of this, they have strict standards with heavy regulations from the federal government.

The Cronus is a simple semi-automatic paintball gun with no technical electronics, as some high-end paintball guns, to have you scratching your head whole day.

And if you do meet up with any problems you can easily find lots of information on the Cronus online and at nearby sporting goods stores.

Having a strong paintball gun is important, especially for teens who sometimes have a tendency to be careless with their stuff. I feel confident that the Tippmann Cronus can handle anything your teenager can throw at it.

The Cronus is made of a solid composite body mostly nylon, making it very strong, so much so that it is the number one paintball gun chosen by paintball fields all across the world who I am sure don’t like the idea of constantly having to buy or repair paintball guns.

The Cronus is a simple Semi-Automatic Paintball Guns with an internal gas line, meaning it doesn’t have that hose outside that connects the gas tank with the gun, having it inside makes it less likely to get in your way or get damaged.

The Cronus doesn’t rely on fancy electronics, so it can handle adverse conditions from dealing with dirt and water the Cronus can handle it.

I have heard a story where someone stopped playing paintball for 3 or 4 years and had their Tippmann in storage and one day they just felt like going to play and they dusted off their Tippmann and it worked like it was brand new.

I found a short video of how Tippmann Makes their guns you can check it out below.

The Tippmann Cronus was designed with Composite Material so as to make it both strong and lightweight. This makes the Cronus easier to carry and handle especially for younger players.

Recoil is the force you feel when right after pulling the trigger. It is the kick the paintball gun has as air is blasted out to propel the paintball. The Cronus, unlike most paintball guns, has very little recoil making it easier for teens and beginners to handle.

the Cronus was designed with customizability in mind having additional rails, so you add accessories such scopes, cameras, and lasers.

The Cronus and Tippmann are so widespread parts are cheap and easy to find. Also, The Tippmann Company offers the service to repair all there Paintball Guns.

another great feature of The Cronus is the fact that it can work with both the liquid CO2 and regular compressed air. I will explain this a bit more in the next section. And it also works with any hopper. (A Hopper is a container on top of the paintball gun that stores the actual paintballs).

Modifications Most budget line paintball guns don’t come with the option to modify the gun you basically get what you buy, The Cronus, on the other hand, allows you to add tons of features and adjust the gun to suit your teen;

Because the Cronus can be adjusted so easily your teen can easily set the gun to how he or she likes it. Also because of the Cronus being very lightweight and has nicely tailored grips, the Cronus feels great to hold and handle for a long period of time.

Though there are cheaper paintball guns out there, I believe The Tippmann Cronus is the most affordable paintball gun for value, and in the long-term, it is by far the cheapest since it won’t be in constant need of costly repairs.

Drawbacks of the Cronus

The Cronus has two main drawbacks

Semi-Automatic guns fire one shot every time you pull the trigger, meaning if you hold onto the trigger you wouldn’t get a continuous fire rate like a machine gun.

The fact that the Cronus isn’t as powerful or have a rapid rate of fire as some paintball guns I think it makes it better for teens who are just getting into paintball. Also, I don’t like the idea of spending $500-$1000 on an expensive electronic paintball gun on a beginner who might not yet know the ins and out of paintball.

Things to know before Buying a Compressed Air Paintball Gun.

These are some basic things you are gonna need to understand before buying a paintball gun for your teen.

Should I Buy a CO2 tank or Compressed Air Tank?

To use the Tippmann Cronus or any other Compressed Air or CO2 paintball guns you would have to buy a Paintball Tank.

The Paintball tank holds the air which is used to propel the paintball.

And one of the first questions that you need to ask yourself is what form of paintball tank you plan to buy for your teen for their paintball gun?.

There are two types of ways Compressed Air Paintball Guns are powered by either;

Both of these methods work under a similar principle being that the energy is stored either as a compressed gas or liquid CO2 and when the trigger is pulled the gas is released to propel the paintball.

In my opinion, either CO2 or Compressed gas are both just fine for a teenager who is just starting out with paintball.

What matters most is the Proximity to a nearby refilling location where you can refill your paintball tank. This takes priority because even if you have the best paintball tank but cant refill it then its basically a useless paintball tank.

The gas is stored as liquid Carbon Dioxide in your paintball tank, which is then converted to gas to propel the paintball.

Liquid CO2 is the first method that was used as a propellant in paintball guns it is tried and tested means.

Though refills of the Liquid CO2 tanks tend to be more expensive around $6-$9 per fill whilst a Compressed air Tank cost roughly $2-$3 per fill.

Why because liquid CO2 has many other applications than just powering paintball guns.

You can refill liquid CO2 at;

This is not ideal when playing an intense game of paintball, imagine firing a shot at a paintball player a 100 feet away and it hits and on the next shot at 50 feet, it falls short. And for this reason more pro and regular paintball players avoid CO2.

This is basically highly pressurized gas around 3000 psi or 4500 psi which is stored in a paintball tank and then released to propel the paintball.

Compressed air is a relatively new and innovative means of powering paintball guns.

It is considered superior to liquid CO2 and in my opinion, from using both CO2 and Compressed air, Compressed air lives up to the reputation.

If your teen intends to play paintball regularly say every weekend at a paintball field that offers Compressed Air, it might end up being cheaper going with Compressed Air Tank because;

How long will a Paintball Gun last for?

Paintball Gears To Go With a Paintball Gun For Teens.

Paintball Pellets are the actual paintballs that will be fired from the paintball gun.

The Best paintball pellets should be nontoxic, low wax ratio to allow easy cleaning and they should be tough enough to last until it hits its target and breaks.

Pellets come in a wide variety of sizes the standard size is the .68 cal which is what The Tippmann Cronus uses.

I recommend these Paintball Pellets which are nontoxic and .68 cal click to see.

If you buy one of these packages you will just need to buy paintballs and get your tank filled and your teenager will be all set to play paintball. Click to see Packages.

I hope this article has helped you chose the right paintball gun for your teenager and as parents, I believe we need to always have safety in our minds and more so in paintball, I wrote an article where I looked at Paintball and How safe it is for kids hope you can check it out. 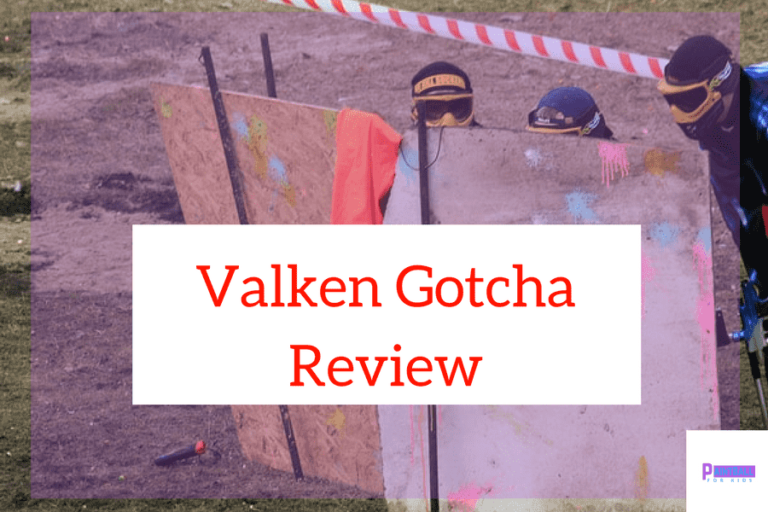 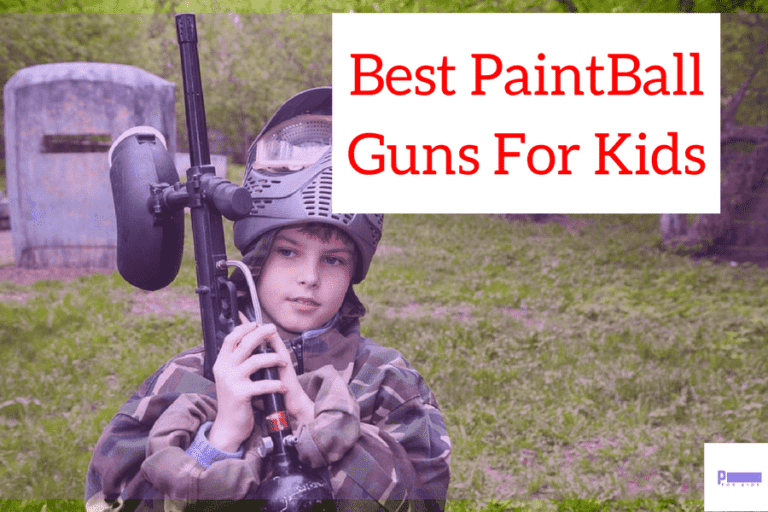 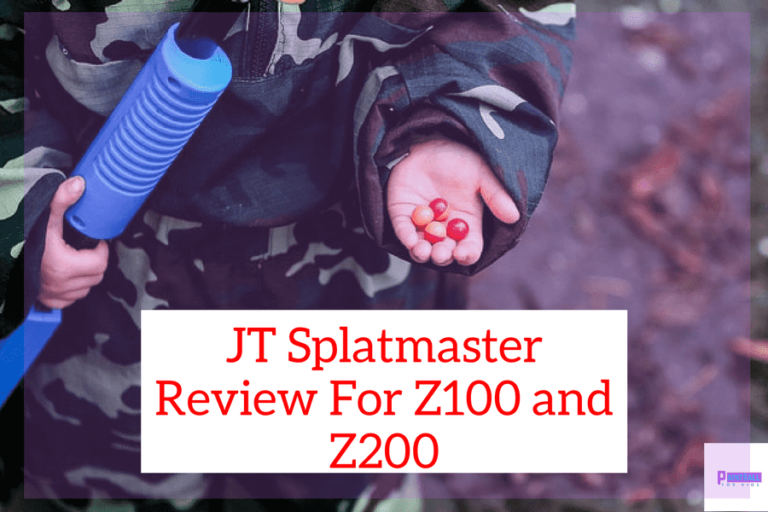 I have found two affordable and very basic Splatmaster Combo. Why Buy a Dual Kit Combo Packages? I have combo packages to be cheaper than if you buy each item individually also you save a lot on shipping rather than paying to ship each item you pay one flat fee. JT Splatmaster Dual Kit Shotgun…

These are two Tippmann Cronus Paintball Packages. Both of these Packages contain roughly the same item which are; Tippmann Cronus Hopper Paintball Mask Padded Vest/Armor Gloves Neck Protector The only difference is that one comes with a Compressed Air tank and the other a Liquid CO2 tank. Why Paintball Combo Packages I have found that…